Structuring water is not new, it is ancient contrary to what other people might think. It is likely that the practice of structuring water was not known as that or called exactly that. It was perhaps a cultural practice that was handed down generation after generation. 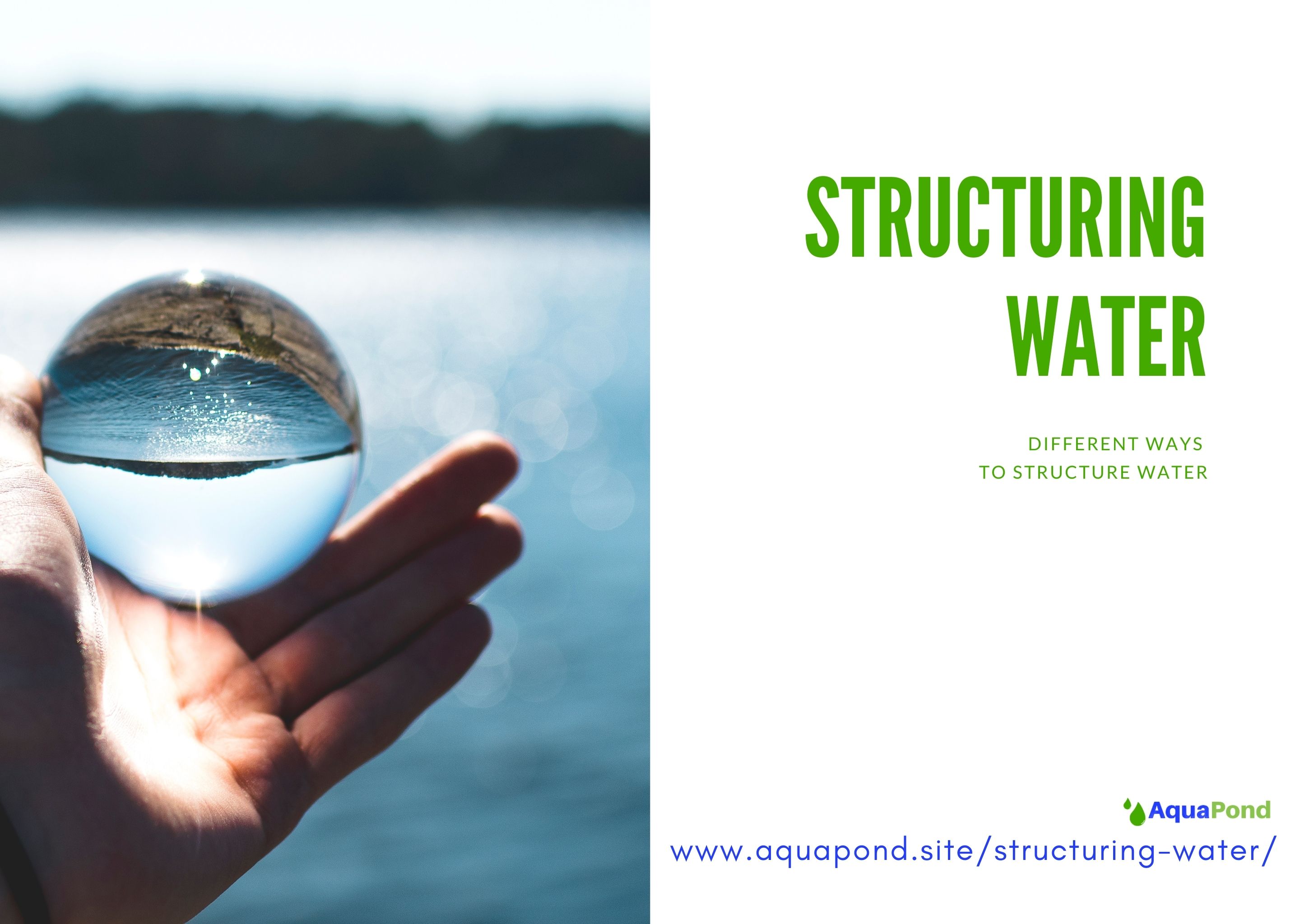 Water structuring has always been around us, it is not an invention. It does not start with water structuring devices! It is only now that with people getting more conscious, get advanced in science and better technologies that this phenomenon is discovered. It is the same as when the earth was thought to be flat only to discover that it is in fact round! Such discoveries or realizations open up new avenues never thought possible. So a new discovery should be embraced rather than being dismissed as a trending new marketing hype.

Structured water is real and structuring water using devices or other methods is possible. One just has to apply due diligence if they want to invest in a water structuring device to improve their health.

There are some naysayers out there who want to discredit the existence of structured water either well intentioned or ill-intentioned depending on their motive. But at the end of it all the responsibility lies with you, the end user or the consumer.

Structured water theory is new to us all, well almost! And that is it… it is new, that’s all. What we have to do is to find out more about it from those who know about it – researchers, scientist, etc.

What are they saying and manufacturers who have pioneered into creating products let’s understand what they are doing instead of dismissing it as fallacy or hype! Let’s admit, they are ahead of the curve…

In this article and in parts of this website we are going to attempt to show the existence of structured since the beginning of time. That structured water is not a newly made product but that this structure found in structured water is one of the freely occurring states of water. It is the actions of the human race actions and other things that have made water to be predominantly and commonly appear in the 3 phases that we have been taught from primary school – being vapor (gas), liquid and ice (solid).

As a disclaimer, we are not researchers nor have made any form of scientific research to substantiate what we will be discussing in this article and elsewhere, we have simply read other people’s materials, made sense out of it and made our due diligence.

Our acumen and agreeing with these theories and discoveries about water are the same as those we applied when we believed and agreed that the earth is round, that water is made up of oxygen and hydrogen.

We never conducted such researches but we believe and trust those that told us. And if there is anything to test their theories what is happening around us based on these theories point to them being right.

Technologies based on the theories are working and evident all around us such there no inkling of doubt is left in us to think it is not true… Now everyone believes the earth is round, the science experiments we performed at school convinced us that water is made of 1 oxygen and 2 hydrogen resulting into an H2O molecules…

New evidence is now creeping in that water can also be H3O2 known as the forth phase, it does not have an official name yet – at least at the time of this writing. Some scientists call this forth phase state of water gel water, some say Exclusion Zone Water (EZ Water). The way I understand it is, it is in its pure state of the phase when it is in a cell.

On the other hand, also using my understanding, this phase can co-exist with other phases and be predominant. When this happens that is when we refer to water as structured water, revitalized water, energized water, etc.

Further, what this type of water will called is influenced by the method used to attain the structured state.

So going round a full circle, structured water would be a mixture of H2O and H3O2 with the latter be predominant. For simplicity let us assume Forth Phase Water or EZ Water or Gel Water is predominately pure H3O2 water.

And using a water structuring unit tilts the scales to having more H3O2 than H2O such that there is a significant change in water properties and characteristics.

The extent to which how many more H3O2 molecules result depends on the method being used, and in each method a plateau is reached.

From what I understand and conclude water “structures” to varying degrees depending on the methods used, materials used, technology and other factors. We will look at this more when we talk about different ways to structure water.

We use cookies to ensure that we give you the best experience on our website. If you continue to use this site we will assume that you are happy with it.Ok